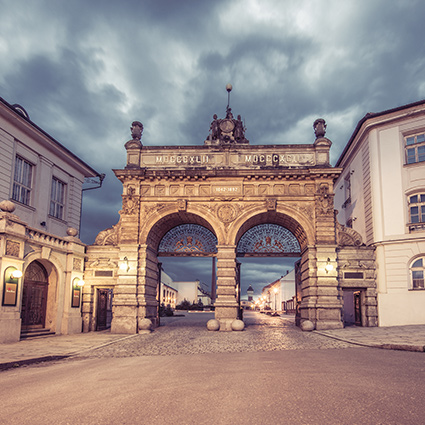 Our brewery in Pilsen, the birthplace of the first golden lager, is the biggest brewery in the Czech Republic. Established in 1842, when the first batch of bottom fermented lager was brewed. It soon became famous around the world under the name Pilsner Urquell, and is still being brewed the same way and using the same local ingredients ever since. Pilsen brewery is also home to the Gambrinus brand. 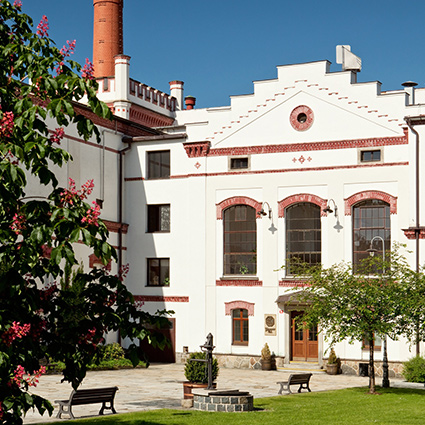 Brewery in Velké Popovice was established in 1874 by František Ringhoffer, and is home to our Kozel brand, the best-selling Czech beer brand worldwide. Their symbol is a goat (Kozel means "male goat" in Czech). The brewery, thanks to its owner, introduced new brewing technologies from the very beginning, and is known for a strong, dark beer, known locally as Kozel. 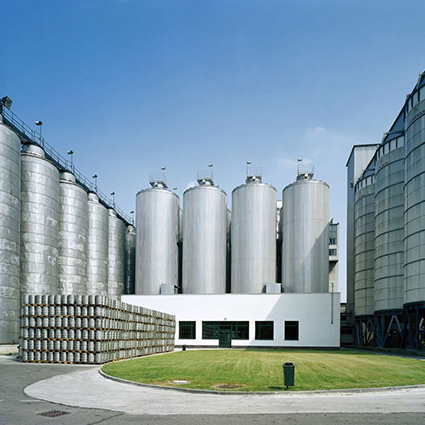 Established in 1966, and with the first batch brewed in 1970, the brewery in Nošovice is named after the slavic god Radegast, popular especially in the eastern part of the Czech Republic. It is known for bitter, strongly-hopped beers, using the slogan "Life is bitter: Thank God". 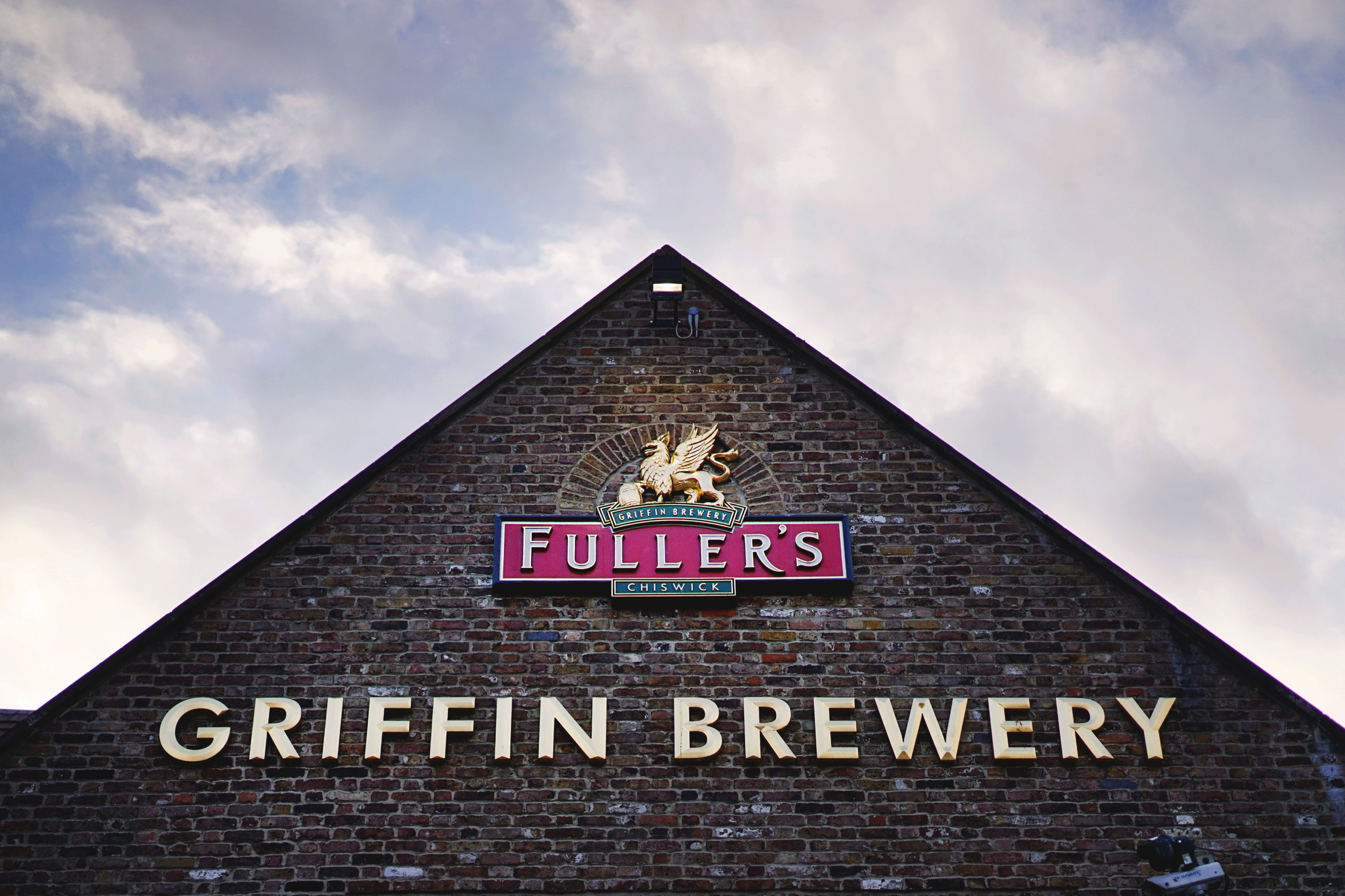 1845 is a year that will forever be Fuller's. It was then that the partnership papers of Fuller, Smith & Turner were officially signed, marking the start of something special for London's brewery scene. Following incorporation, a wave of acclaimed ales came out of the brewery. Chiswick Bitter arrived on the scene in 1930. Into the '50s, London Pride took centre stage. Then, in 1971, ESB was launched.

Awards started flowing as freely as the beer and we soon became the first brewery to win the CAMRA Champion Beer of Britain award with three separate brews. 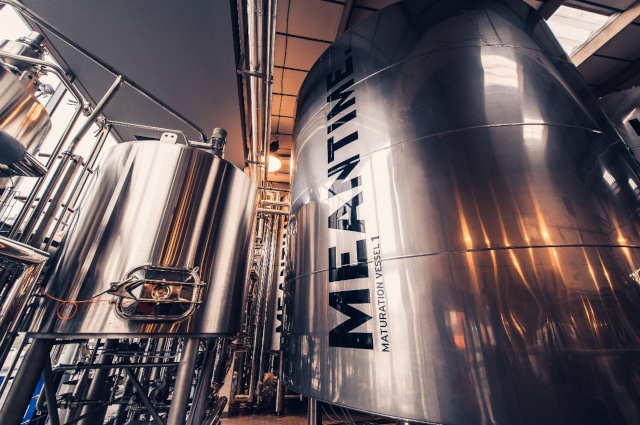 Born in London, Brewed for all.

Established in 1999 by founder, Alastair Hook, Meantime Brewing Company has been pioneering Modern Craft Beer for 20 years and was set up to change the way people think about beer in the UK. 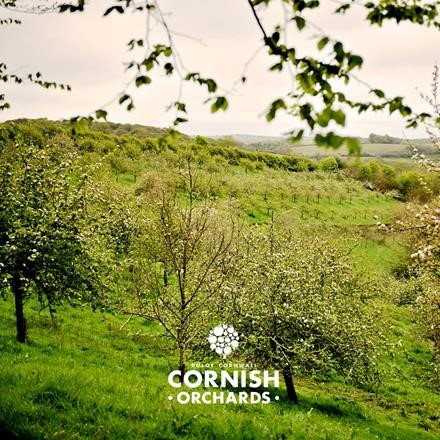 Cornish Orchards uses freshly pressed apples that have been grown around the South West that are hand-graded and pressed on site. Are a passionate team working hard to create full-of-flavour, whole fruit drinks and award-winning ciders.

A big factor that sets Cornish Orchards aside from bigger players in the cider industry is that it does not force the fermentation period using temperature-control technology. Instead, opting to harness the cool, ambient temperatures of Cornwall’s winter months for maximum fermentation time yielding high-quality flavour. The cider is then matured in tank where, over time flavour and aroma develops and the youthful, austerity of cider softens providing vintage style qualities as the base of our range of ciders. 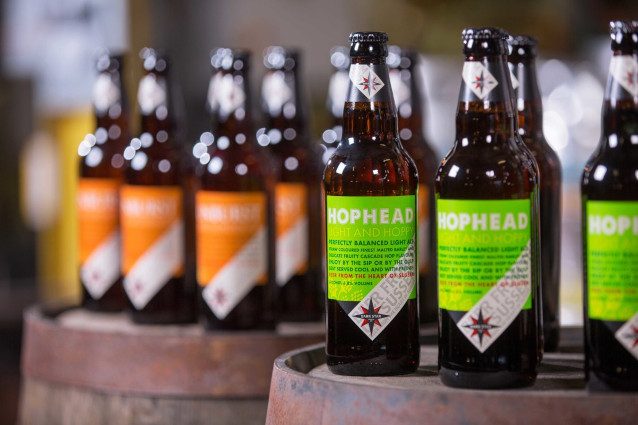 The Dark Star Brewing Company was born in 1994 in the cellar of a pub in Brighton. With a brew plant only marginally bigger than an enthusiastic home-brew kit the characteristic style of hoppy beers was developed and tried out on the willing guinea pigs at the bar.

The brewery is named after a song by the band The Grateful Dead, although if you have a heard a different story, use that, never let the truth stand in the way of a good yarn. 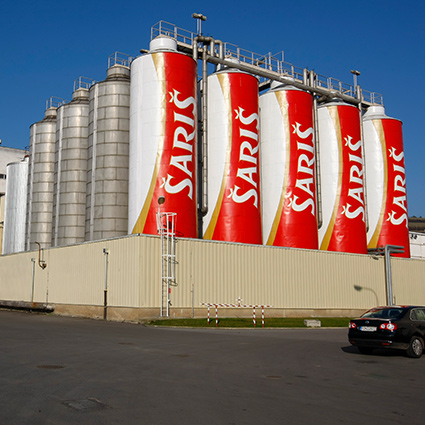 The brewery in Šariš in the eastern part of Slovakia is the most modern brewery in the country. Established in 1964 with the first batch of beer brewed in 1967, it is the home of the popular Šariš brand. Using the state-of-the art technology, the brewery builds on a long brewing tradition in the region, dating back to 1506. 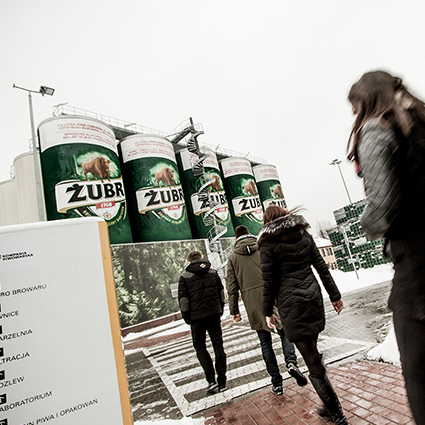 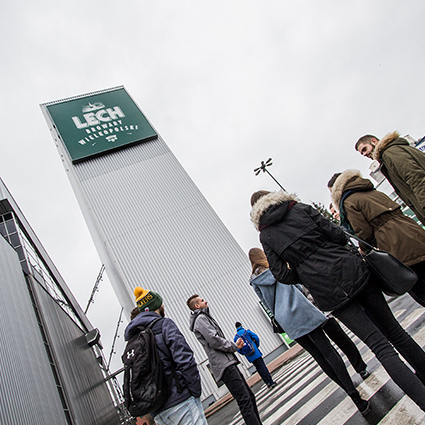 The history of the brewery dates back to 1895 when the Hugger brothers founded their brewery in Poznan. The new brewery at Szwajcarska Street was officially launched on May 16, 1980. The facility constituted the vanguard of brewing technology in Poland. Nowadays, it is considered one of the biggest and most technologically advanced breweries in Europe. 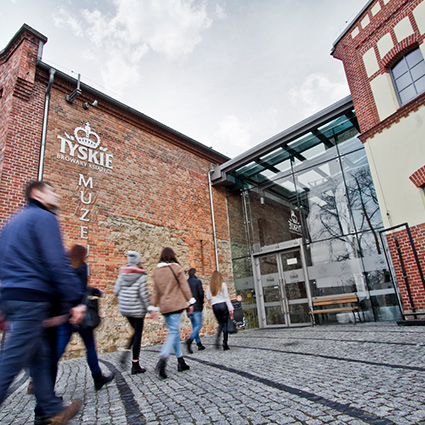 The brewery in Tychy is an architectural gem of the region and, at the same time, a truly modern production plant. Beer has been brewed here without a break since 1629, making it one of the oldest breweries in Poland. Nowadays, the historical part of the complex is under the care of the monuments conservator, and there is a state-of-the-art packaging facility right next door. 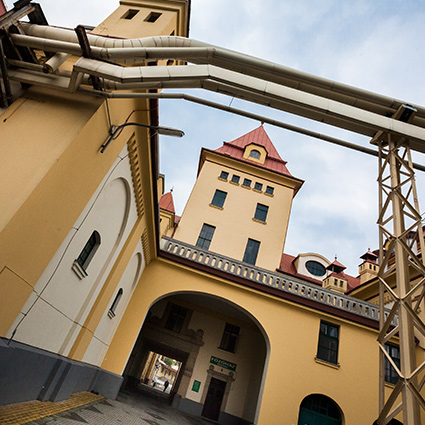 The brewery was established in 1854, and has become the largest brewery in Hungary soon after being acquired by the Dreher family. The brewery is thus home to both Dreher and Kőbányai brands, as still operates in Kőbánya district of Budapest, where the beers are brewed using the latest technology in the original buildings restored to their original splendour. 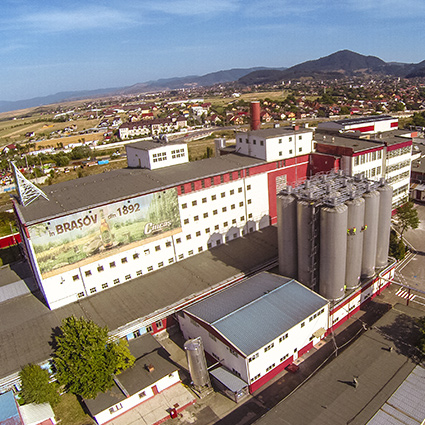 The story began in 1892 when the Darste distilling plant was extended by a new brewery, laying down in Brasov the foundations of a well-recognized brand. Upon the nationalization in 1948, the Darste brewery and alcohol plant changed its name into Aurora. Ever since, the brewery has been constantly upgraded and extended towards improved production capacities. 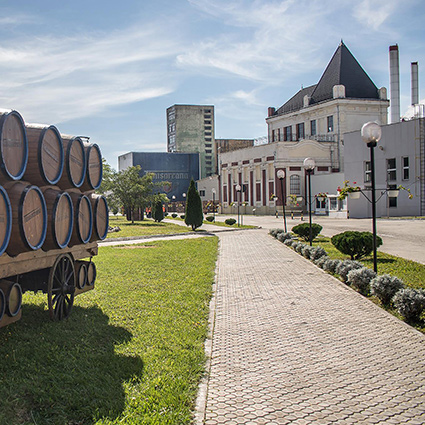 Established in 1718, at the initiative of the Austrian authorities ruled by Prince Eugene of Savoy, Timisoara Brewery soon gained an important position in the region. Throughout its existence, the brewery introduced several technological premieres, such as the beer filter in 1920. Modernization works carried out in past decades led to international recognition. 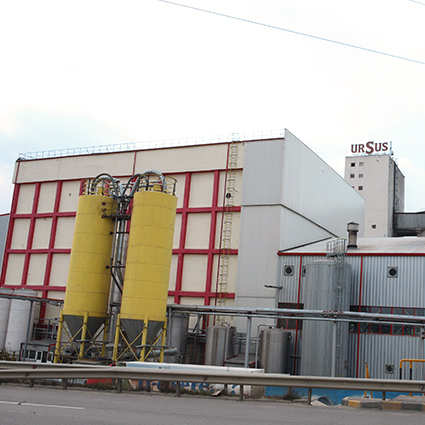 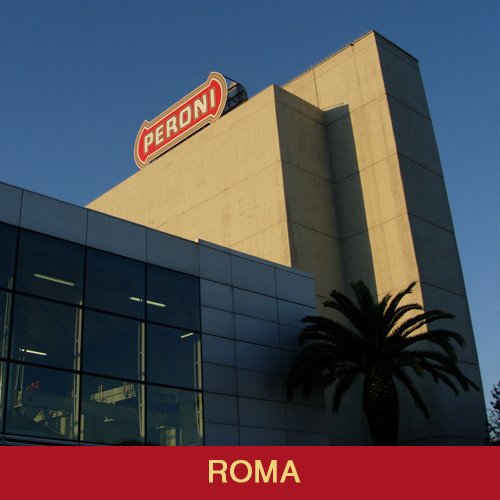 Birra Peroni has been brewing beer in Rome since 1864. The current plant dates back to 1971, when the Company decided to move from the central Via Mantova, where production was concentrated from 1901 to 1970, to the industrial area of ​​Tor Sapienza. The plant has an area of ​​over 200,000 square meters and has an average annual production capacity of over 3.5 million hectoliters. 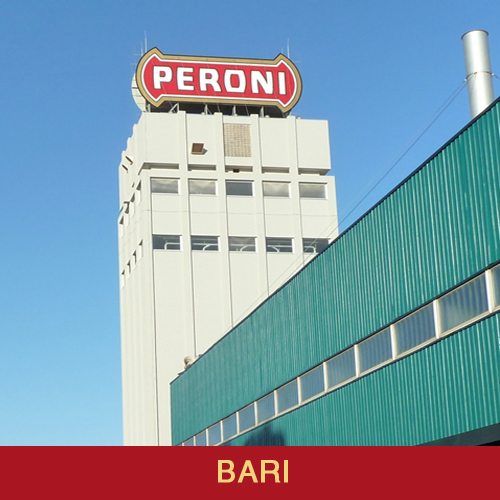 First Birra Peroni production site in Bari dates back to 1924, while the plant, built on a project by the Harley-Ellington & Day studio in Detroit, has been operating for the production cycle since July 1963. The plant occupied an area of ​​185,500 square meters and an average annual production capacity of over 2.5 million hectoliters. 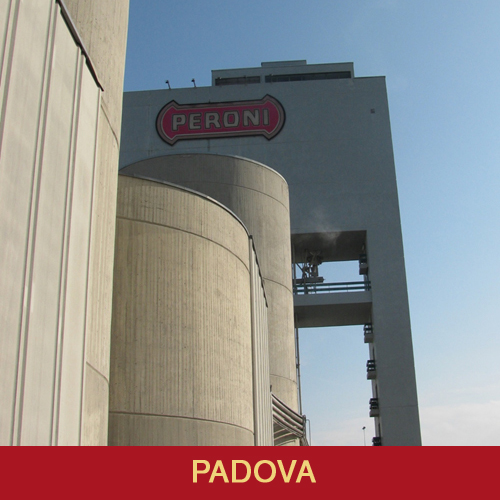 Birra Peroni plant in Padua was built in February 1973, in the industrial area of ​​Padua, next to the bottling center, dating back to 1960. It occupies an area of ​​73,300 square meters and has an average annual production capacity of over 1.9 million hectoliters, most of which are exported and are dedicated to the foreign market. 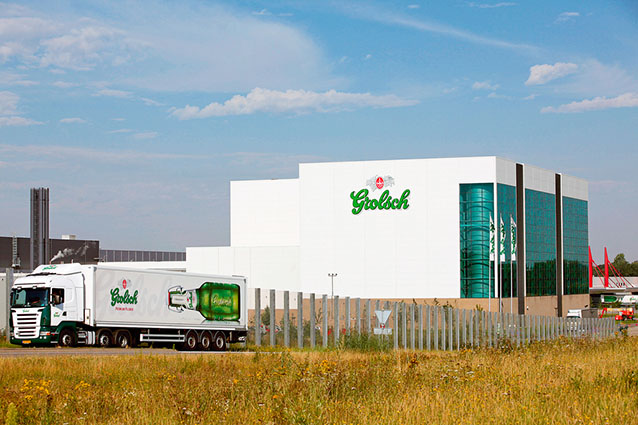 Grolsch's history stretches back to 1615, making it one of the oldest companies in the Netherlands. The company employs over 600 staff both in the Netherlands and abroad. Since 1995 has been entitled to use the predicate 'Koninklijk' (Dutch for 'Royal'). Grolsch is characterized by its own view of the world and on beer in particular. Generation after generation, we followed our own way, done things differently. Our Swingtop bottle is the perfect example of that.

Where you can find us