Paolo started his career in ExxonMobil in 1987, working in increasingly senior Commercial and Country leadership roles in the UK, France, across Africa, India and Italy for 18 years. He joined SABMiller in 2005 as Strategic Planning Director of Birra Peroni in Italy and led several SABMiller businesses in different regions as Managing Director (Slovakia, India and the Czech Republic). Through the transition from SABMiller, through ABInbev and into Asahi, he was charged with leading the business in Central Europe. Paolo has been the CEO of ABE Group since April 2017, responsible for five production markets in Central Europe, as well as two export business in Europe and Asia Pacific.

Andrew started his career in 1990, working for the New Zealand Department of Inland Revenue as an Investigating Accountant, then joining PricewaterhouseCoopers in 1995, working in progressively more senior tax roles in the New Zealand & UK practices. In 2002, he moved to Sony Corporation in the role of European Tax Director, then joining SABMiller as European Tax Manager in 2005. He quickly progressed to leading SABMiller’s finance functions as the Finance Director for Russia (2008), Czech Republic & Slovakia (2012) and Poland (2015). Through the transition from SABMiller, through ABInbev and into Asahi, he was charged with leading the finance function as the CFO of Central Europe. In April 2017, Andrew became Chief Finance Officer of ABE Group.

Catherine started her career in Thames Water in 1995, moving to Cadbury in 1999, where she worked in various senior HR roles in the UK, Australia and New Zealand. In 2012, she joined SABMiller as a Regional Head of OD Europe at SABMiller Europe Hub in Switzerland. She has worked on a number of key European projects, such as the development of our European Strategic Priorities and functionalization of IS and Procurement across Europe. Catherine was also instrumental in the successful integration of the Czech and Slovak businesses. In 2017, Catherine became HR director of ABE Group.

Drahomíra started her career working for the banking sector in Slovakia. In 2000, she joined Plzensky Prazdroj in Slovakia, and worked in a variety of Corporate Affairs roles, before becoming Corporate Affairs Director in the Czech Republic in 2010. She played a key role in the integration of the Czech and Slovak businesses and contributed to strengthening a positive reputation of Prazdroj as the most responsible company in the Czech Republic. She was also seconded to SABMiller in India to support them with their long-term CA strategy. Drahomíra has been Corporate Affairs Director of ABE Group since 2017.

David started his career in 1998 in a start-up company producing nutraceutics in France. In 2001, he joined the beer business in Scottish & Newcastle where he held various positions in innovation and in manufacturing. In 2008, he joined Carlsberg as the Group product Innovation Director (beer, cider, water, soft drinks), before moving to Operations where he led successfully Production functions in Western Europe (11 plants across 9 markets), Production & Quality functions in Asia (59 plants across 9 countries) and the end to end operations for Malaysia/Singapore. In 2017, David became Vice President Operations for Danone Water Indonesia, managing 10.000 people across 37 plants and 16 Distribution Centres. In February 2021, David join Asahi Europe & International as Chief Supply Chain Officer.

Reto has started his career in 1993 in the hospitality industry. Later, in 1999 he has joined Regus Plc as Business Unit Manager. From 2001 to 2005, he was with PwC Consulting advising companies on organization and change strategy, process transformation and technology implementations, based in Zurich, Frankfurt, London and Singapore. In 2006 Reto has joined Mondelez International where he spent the past 14 years. He has led regional, functional digital transformations in Europe, Country IT operations, including an ERP integration and an organizational transformation in Canada. He has developed and led a Global IT strategy, led and delivered Europe wide IT transformation, participated in the team delivering a Global Business Service organization. 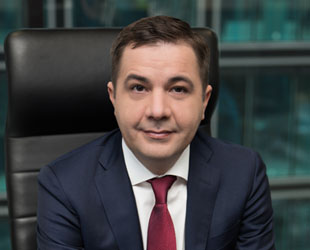